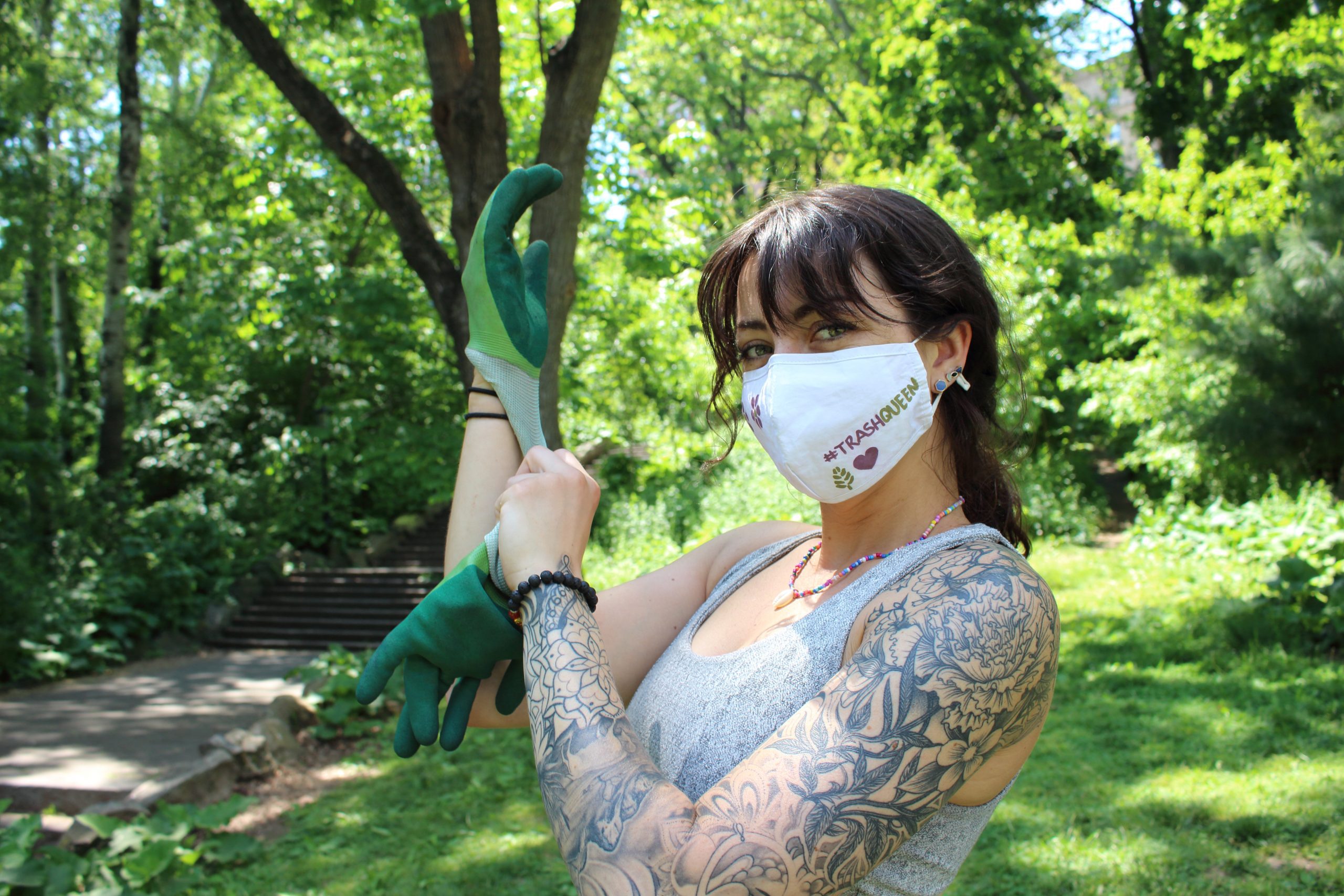 This Colorado woman has spent 23 days picking up 126 bags of trash across the country.

Having over a month off from her job at a campus recreation center, Stefani Shamrowicz, 24, decided to take a trip to help clean up the environment.

"I’ve picked up probably over 50 bottles of pee and a few bags of human feces,” said the Fort Collins woman.

“About 80 percent is drinking bottles and face masks have been pretty common. I've found a few fast-food toys and a tire with a pair of cowboy boots in it.”

Shamrowicz said her aim isn’t to shame, but rather encourage people to do what they can.

“When I post it's never ‘this is disgusting or we're awful,' it’s ‘hey I’m cleaning up this city’ and keeping a positive light on it," she said.

"I’m not going to be able to pick up everything, but if everyone starts picking up some on walks or runs, that’s where the magic is.”

Collecting anywhere from one to 16 bags at a time, Shamrowicz's been discouraged when she felt she wasn’t doing enough.

“There was a place that had an ocean of trash and I pushed out four bags, but then I broke down because I realized how much there was and it felt like four bags didn't do anything,” she said.

But she remembers to just do what she can, especially since she surpassed her goal.

“I dedicated that to my parents because they raised me to be this independent person and have been very supportive on the trip.”

People donate $10 a bag for Shamrowicz to clean up in their name, which she uses for lodging and gas. The person’s name is written on how many bags they’ve donated towards and Shamrowicz posts a picture on her Instagram when they are filled, thanking them for helping clean up the city she’s in.

People online and in person have responded positively to the project.

"I’ve had people send me pictures of bags of trash they picked up,” Shamrowicz said.

“I was walking on the beach in Florida, and I started doing a bag, these two ladies saw me and nonchalantly started helping me fill the bag."

With her job resuming June 1, Shamrowicz plans to visit a few more states before making her way back home.

“There’s litter everywhere, so I’m just happy to be able to make a little bit of an impact everywhere I go,” she said.

"I’ve been to 23 national parks in the U.S., so me cleaning up this litter is a huge thank you for all the joy and good times national parks and nature in general has brought to my life.”

Toddler born with no legs now does handstands, flips and inspires people on TikTok