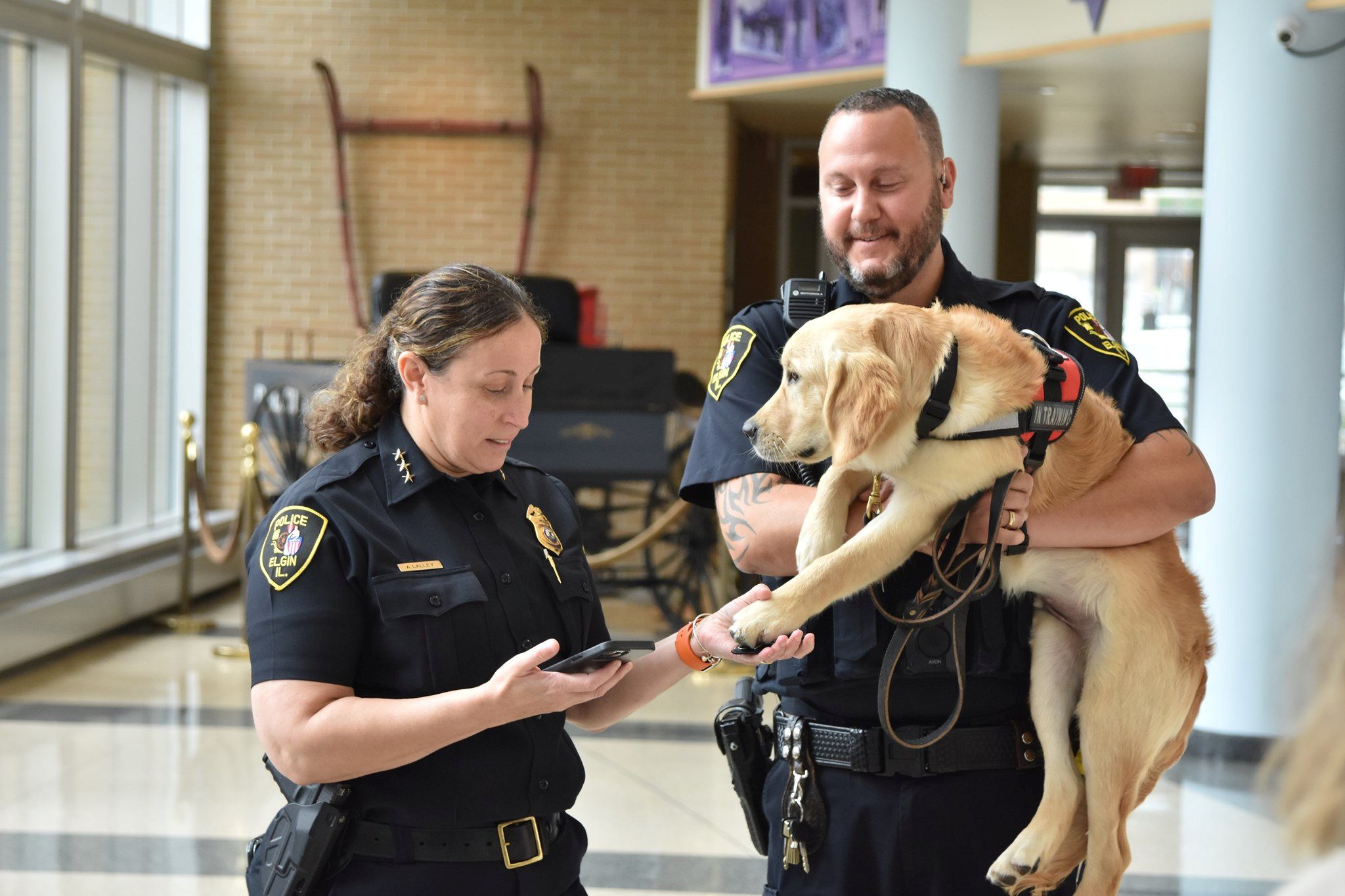 By Matt Clibanoff via SWNS

These adorable photographs show a golden retriever pup swearing an oath to serve in his local police department.

Registered therapy dog Chance is tasked with providing emotional support to both police officers and the general public.

The seven-month-old pup can be seen placing his paw in the hand of Chief of Police Ana Lalley, while his handler, Officer Craig Arnold, holds him.

A representative for the police department in Elgin, Illinois said: “He’s a therapy dog for the public and the department staff.

“If there’s ever any traumatic incident, he would respond to the location.

“Chance’s job is to use his experience and training to comfort someone after an incident, whether that means cuddling or playing.”

Chance even has his own monogrammed cruiser that he and Officer Arnold ride when reporting for duty.

According to the Elgin Police Department, Chance went through the same swearing-in ceremony all officers in the city go through.

The spokesperson added: “They swore him in just like an officer.

“The chief held his paw and gave him the same oath that an officer would read on their first day on the job.

“Afterwards, they did a badge pinning ceremony for him.”

All of Chance’s law enforcement milestones and public interactions will be documented on his professional Instagram account, @epdchance.