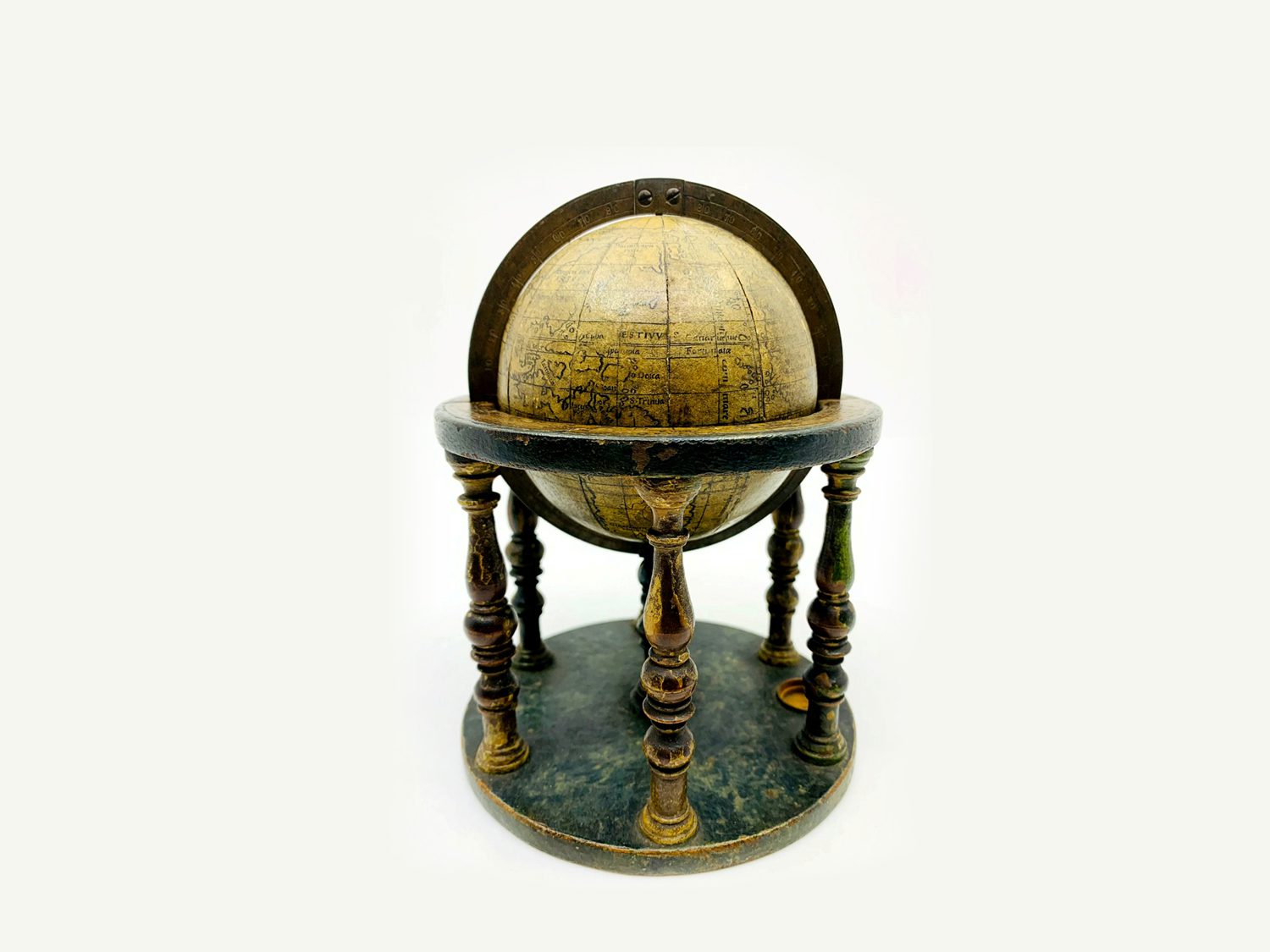 A 460-year-old Elizabethan globe illustrated with strange sea monsters which depict the world in the 1500s is set to fetch more than £30,000 at auction.

The fascinating 16th-century terrestrial globe shows earth before Australia had even been discovered and is marked as "unknown land".

It also comes with images of bizarre sea creatures and the Greek god of the sea Triton while Japan is called "Sipannge" and the USA is known as "Devicta ann 1530".

The "priceless" globe - which dates back to circa 1560 - was uncovered at a free valuation event after its owner took it to be valued having no idea about its worth.

Jim Spencer, from Hansons Auctioneers, said the remarkable find "encapsulates the fragility of our planet" and could be one of oldest globes ever to be auctioned.

The current owner purchased it from a dealer who was helping to sell the contents of the estate of a former Keeper of Prints and Drawings at the British Museum.

He said: “The vendor had a number of objects and was unsure if this was anything of great significance, so one of the valuers called me over to take a look.

"I expected to pick up a modern reproduction, but I was instantly struck by the engraved gores, which indicated authentic age.

“I couldn't wait to begin researching it.

"I don’t think it's possible to say what its monetary value is because I have nothing to compare it with.

"If the globe gains the interest it deserves, the sky’s the limit. To me, it feels priceless.

"It could be very special indeed. It's just so early and fragile to have survived the centuries.”

The globe is by, or a derivative of, Francois Demongenet, a French physicist and geographer.

He is best known for a set of globe gores which became a model for other engravers and carvers of miniature globes.

It depicts a world before Australia had even been discovered by Dutch explorer Willem Janszoon in 1606.

The country appears on the globe as part of a southern landmass called Terra Incognita – unknown land – and is empty.

Jim added: “The sheer age of the globe is mind-blowing.

“People would've been wearing ruffs and codpieces when they first handled this globe in Elizabethan England.

"No European had sighted let alone set foot on Australia.

“It includes depictions of sea monsters as, at that time, people believed fantastical creatures lived beneath the waves.

"In 1583, English explorer Sir Humphrey Gilbert claimed to have encountered a lion-like monster with ‘glaring eyes’ during a voyage.

“So many places hadn't been explored. It's amazing to think of all the historical events this delicate little globe has survived.

"As well as coming through two world wars, it was made a century before the Great Fire of London in 1666.

"To me, it feels like a museum piece. It must be one of the earliest globes to come on the market.

“Exploration flourished in the 1500s thanks to improved navigational skills.

"For example, Sir Francis Drake became the first Englishman to sail around the world, circumnavigating the globe between 1577 and 1580.

"He was encouraged in his adventures by Queen Elizabeth I.

"This was a time of seafaring adventurers, naval warfare and the original pirates of the Caribbean.

“I know Demongenet-style globes have been sold in the past constructed of brass or silver, and they achieved big sums, but this is so fragile with the engraved paper gores.

"A sheet of the unused gores alone is important and valuable, but to see an actual globe like this, it's just incredible.

“I contacted various museums when researching the globe, and some of the responses were 'we don't have anything like this in our collections, so we are unable to help'.

"This hammered home its rarity and importance.”

The globe was originally in the collection of Major Edward Croft-Murray (1907-1980), former Keeper of Prints and Drawings at the British Museum.

"But we do know he was one of the 'Monuments Men' who rescued all manner of treasures during the war.

“This globe transports us right back, and almost encapsulates the fragility of our planet."

The globe will be sold by Hansons Auctioneers at Bishton Hall, Wolseley Bridge, Staffs. on Tuesday, Dec. 14.