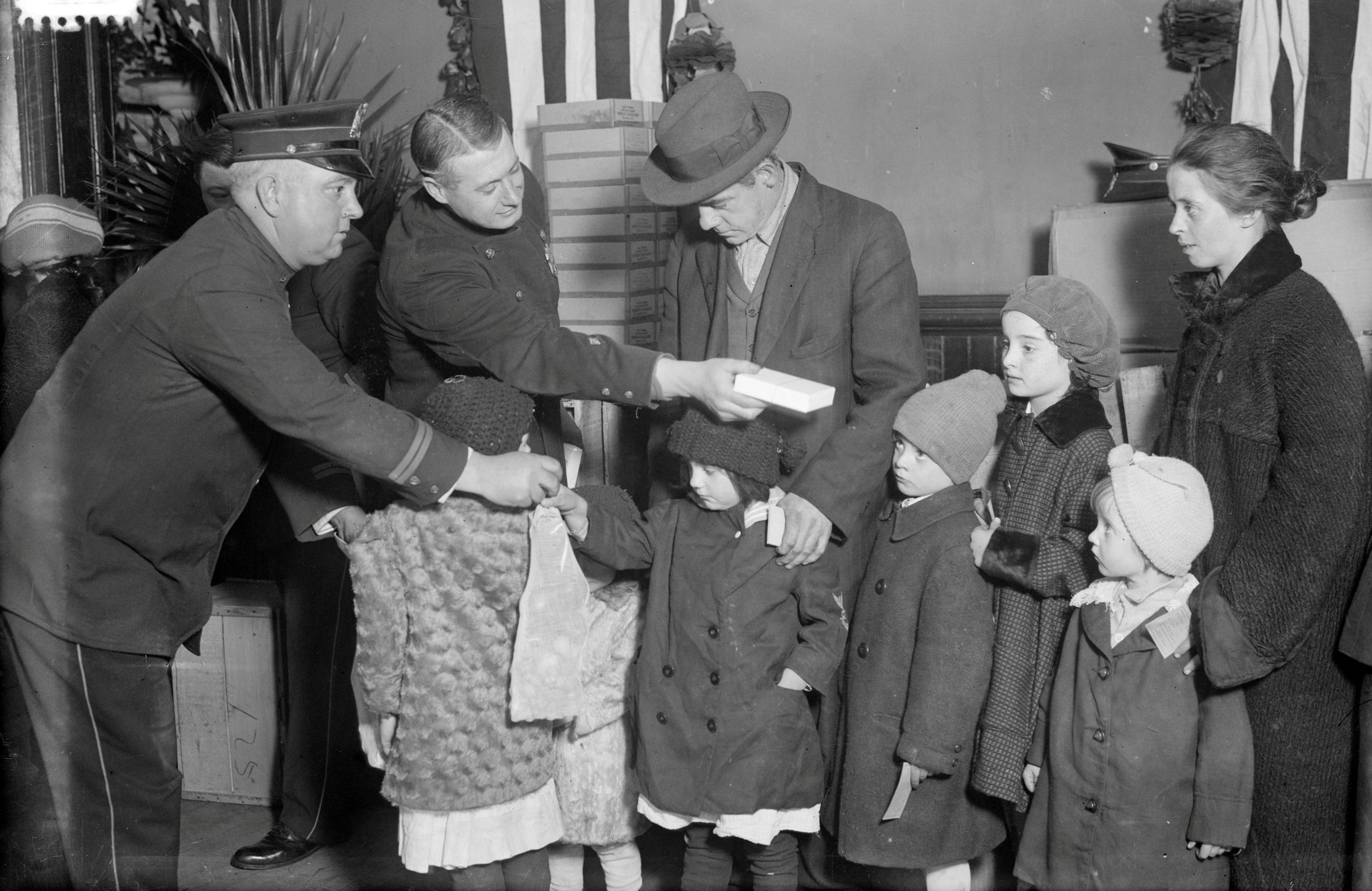 Police distributing gifts, circa 1915. (Library of Congress via SWNS)

Fascinating vintage photographs show how people prepared for Christmas over a hundred years ago.

The pictures - taken between 1900 and 1915 - feature everyday scenes of people in New York during the festive season.

They document Manhattan streets thronged with shoppers, as well as images of street hawkers selling their seasonal wares.

One poignant photo shows people packing Christmas gifts for the U.S.S. Jason, which sailed from New York on November 14, 1914 carrying about six million gifts for the children of Europe who were affected by World War I.

The photographs were captured by the George Bain Agency, one of America’s earliest news picture agencies, which are now held at the Library of Congress.

The photographs Bain produced and gathered for distribution through his news service were worldwide in their coverage, but there was a special emphasis on life in New York City. The bulk of the collection dates from the 1900s to the mid-1920s.

Tis’ the season to spice things up in the bedroom