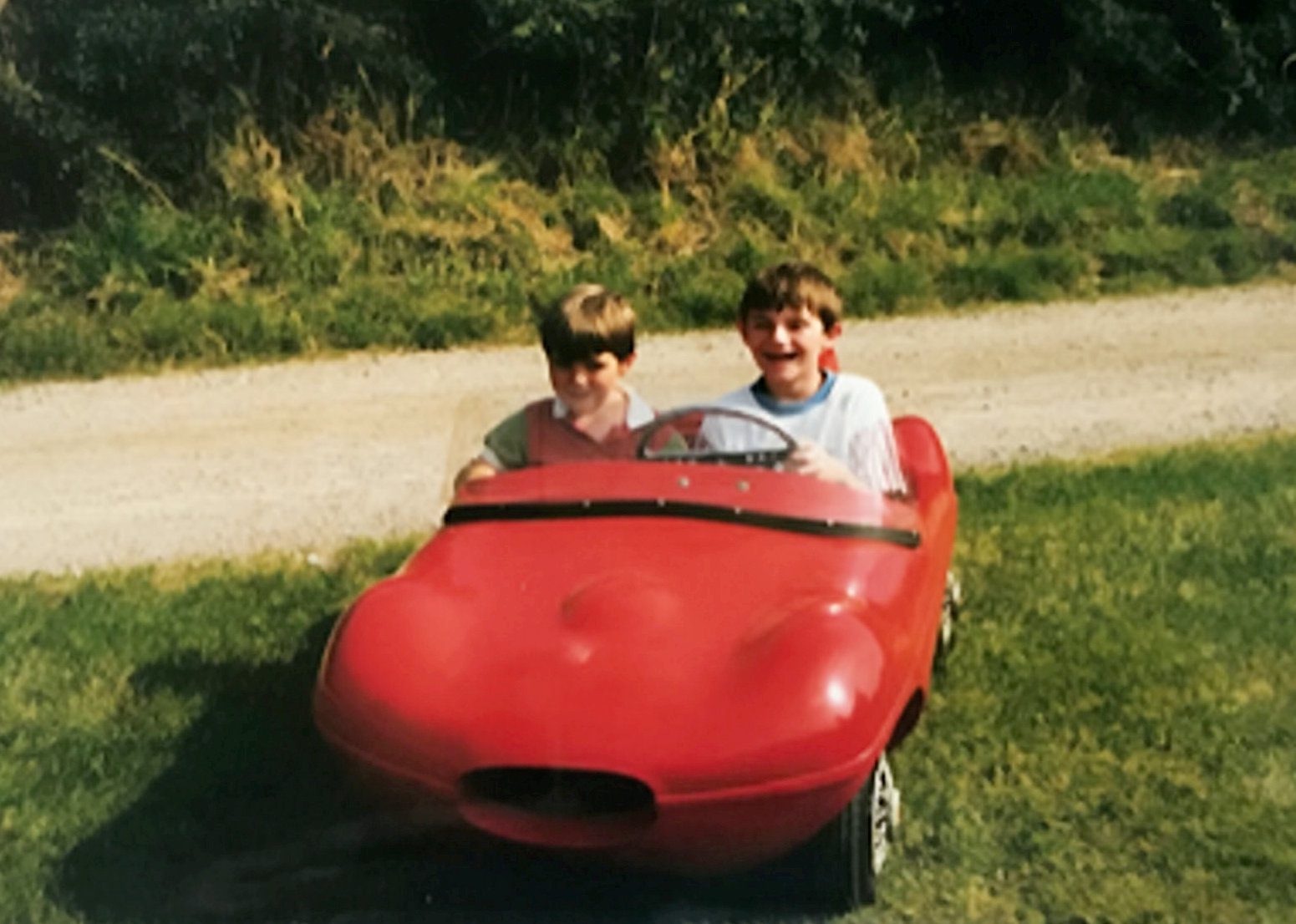 A petrol-head's collection of classic cars and miniature replicas he bought for his kids could fetch tens of thousands at auction after being found in dusty barn.

Car nut Peter McManus loved driving vintage motors so much that he often splashed out on mini versions of the same model for his son and daughter to enjoy.

It meant the children were able to drive around in Jaguars and Austin Pathfinders at home and on family vacations while their dad did the same in the authentic version.

Peter died at 94 in 2017 and his two kids are now selling the cherished collection of large and small vehicles which have been gathering dust in a barn in Repton, England.

The miniature motors will go under the hammer on January 20, while the full-sized cars will be sold in March by Hansons Auctioneers, in Etwall, England.

“Finds like this in original condition, stored with care in a clean and dry outbuilding, don’t come along often," said Charles Hanson, owner of Hansons Auctioneers.

"According to the sellers, Peter’s son and daughter, all the cars represent family togetherness, high days, holidays and happy memories.

"They have decided the time is now right to sell their late father’s classic cars and the miniature motors they were lucky enough to drive as children.

“Peter was a keen motor car enthusiast. In 1960 he bought the Jaguar Mark II from new. He treasured it so much, it was only ever used on high days and holidays, including some New Year trips to Scotland, hence its low mileage.

“Even though it went to Scotland, it was carefully garaged away while they were there.

"The family took two cars on the trips north. Dad drove the Jag while the sellers’ mum followed in the family Mini.

“Its garage-mate was the Bullnose Morris which has had three owners from new.

"It was sold by G H Robbins of Evesham in 1922 and registered in July that year.

“He loved its simplicity and ease of use. His children say people used to smile and wave at them when they were out and about in it.

"They recall their father driving them to a sweet shop in Rocester, Staffordshire, to buy sherbet fountains and sunny picnics in Derbyshire and Staffordshire.

"The Bullnose was also used as a wedding car when the car enthusiast’s daughter married.

“The extremely rare child’s Cheetah Cub Jaguar was purchased at London’s Earls Court Motor Show in the early 1960s. It went on to be used by his daughter’s children.

"A retired Rolls-Royce engineer replaced its petrol engine with an easy-starter Honda. However, the original Villiers engine comes with the car.

“The children’s Austin Pathfinder was converted by a renowned motorcycle engineer from Derby who built it for his son. Later, he was persuaded to part with it by Peter.

"Peter undertook an apprenticeship in engineering in Derby and, during the Second World War, worked on Merlin engines at Rolls-Royce.

"It will be an honor to celebrate Peter’s love of cars at auction."

A promotional leaflet which comes with the Cheetah declares it as "the miniature sports car children can really drive."

It adds: "Based on the famous E Type Jaguar, the Cheetah Cub is any child's dream car.

"With the small petrol-driven engine it will give them all the thrills of race-track driving in complete safety".

The Pathfinder pedal car with petrol engine conversion was made during the 1950s and has its original steel body plus a Villiers 75cc petrol engine.

“I had many happy times driving it [the Pathfinder],"said Peter’s son.

"When dad taught me to use it, I wanted to drive to Derby to pick up mum and couldn’t understand why he wouldn’t let me.

"He took his eyes off me for a minute, and I drove it into the garage wall.

"Nevertheless, the little engine just kept on going. I was then grounded until mum got home.”

This family owns one of the world’s smallest funicular railways